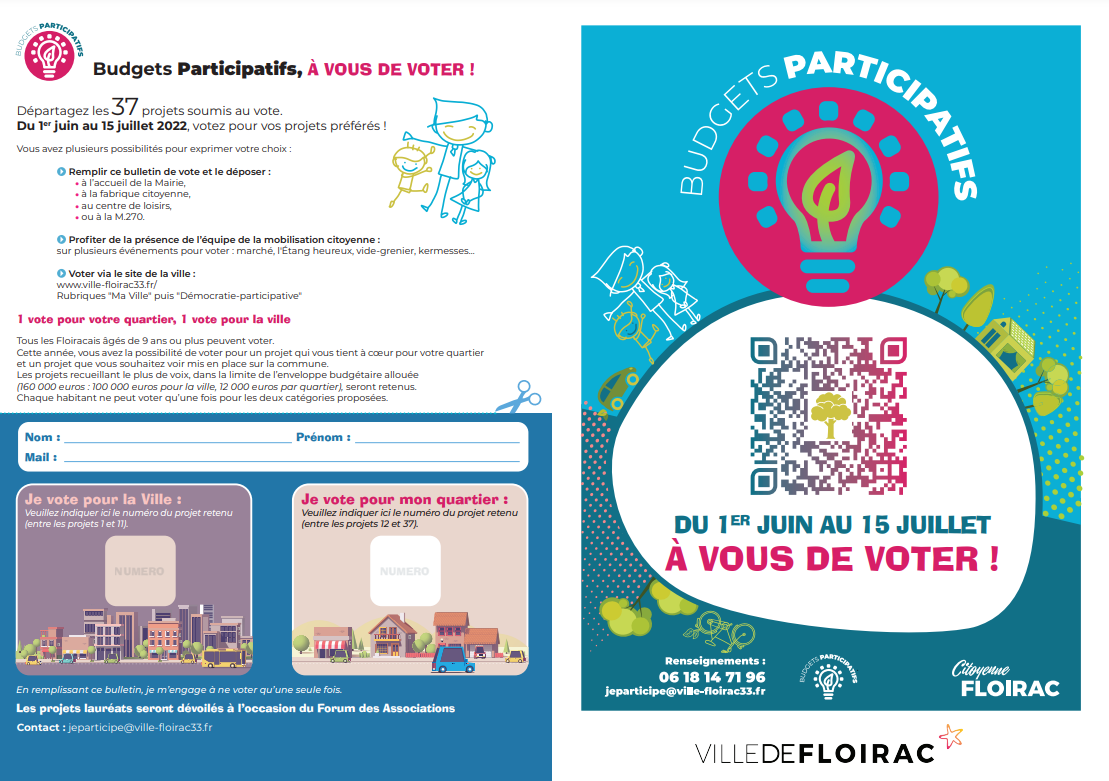 Located in France in the Gironde department, Floirac is a neighbor of Bordeaux. It places citizen participation at the heart of its action and has thus equipped itself with multiple local democracy bodies: Neighborhood Councils, animation committees, citizen councils, council of wise men...

In 2017, it launched the participatory investment budget allowing Floiracais citizens to propose projects for the city.

Following the results of the first years, the city wanted to breathe new life into its participatory budgets in 2021 and decided to open up the possibility for citizens to submit operating projects by neighborhood.

French participatory budgets are only investment budgets. Floirac wanted to innovate by regenerating this beautiful democratic tool by opening it to operations and projects related to living together.

Thus, the inhabitants of Florac can now both beautify their living environment and develop the animation of their district.

This innovation allows for the emergence of a wide variety of projects and responds to the expectations of residents who expressed a great need for a lively, open and vibrant neighborhood life.

The projects range from the organization of a theater or poetry festival to the setting up of an open-air cinema or a bicycle festival.

All Floracais from 9 years old can submit a project whether they are residents or users of the city (students, employees...). We have organized participative workshops in all the districts of the city.

An equal governance has been set up.

- to establish the rules of procedure and to evaluate annually the participatory budgets,

- to ensure the instruction of the projects and their feasibility analysis in collaboration with the competent services,

- to contact the project leaders again, if necessary, to better understand the intention and qualify the request,

- to inform, at the end of this examination, the project owner of the acceptance or refusal,

- validate the vote and submit to the City Council the list of projects selected after the vote.

The projects implemented are projects that are initiated by the citizens, the actors of the territory, proposed and voted by them.

We have noticed a strong participation of the inhabitants concerning the possibility to submit operating projects (40% of the submitted projects).

In addition, the implementation of operating projects requires a stronger involvement of project leaders, which encourages their civic involvement.

Finally, this approach has a positive impact on the organizational methods within the community.

The participatory budget for operations leads to decompartmentalization, because the analysis of projects by the departments implies working more and more transversally. 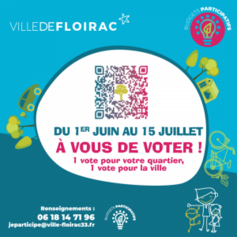